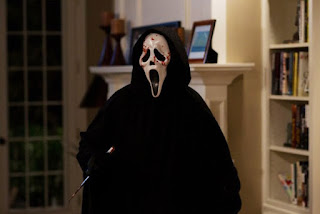 The cat's out of the bag...a new Scream movie is in the foreseeable future. We were all sure that Blumhouse would snatch the rights but that doesn't seem to be the case. Enter Spyglass Media Group.

Here's the scoop from Bloody Disgusting...


Bloody Disgusting can exclusively report that Gary Barber’s Spyglass Media Group is currently developing the next Scream, based on the franchise created by Craven and writer Kevin Williamson.

BD went on to say exactly how Spyglass got the rights...

Lantern Entertainment is the company that acquired all of Dimension Films’ assets after the allegations against Harvey Weinstein put the company in bankruptcy.

Obviously, there is no word on the who, what, and when yet. Stay tuned!