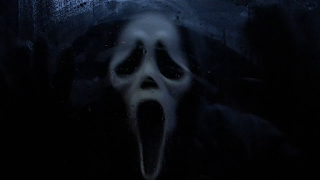 The Hollywood Reporter gave us a few more details regarding the plot of Scream: Resurrection...


Season three centers on Deion Elliot (RJ Cyler), a local star football running back, whose tragic past comes back to haunt him and threaten his hard-earned plans for the future — and the lives of his unlikely group of friends. The cast also includes Mary J. Blige, Keke Palmer, Tyler Posey, Tyga, Giorgia Whigham, Jessica Sula, C.J. Wallace, and Giullian Yao Gioiello. The first-look trailer for season three also reveals that Paris Jackson will guest star.

We're also given some of the details on how the 3-night event will work...


The six-episode season of Scream: Resurrection will debut Monday, July 8, and will run for two hours per night, starting at 9 p.m., through Wednesday, July 10. The cable network, which, like MTV, is overseen by Chris McCarthy, has not aired a scripted series in several years. Scream was the last remaining scripted series earmarked for MTV after Teen Wolf wrapped its run a few years ago, though the network previously had announced some development in the space.

So there you have it. Three two-hour slots to get our fill of Ghostface.