What tag did my un-tagged mask have?

12/10/2018
Here's another excellent write-up from our friend Timothy DuFresne of Scream & Ghostface Collectors regarding the correlation between the mask and its tag. 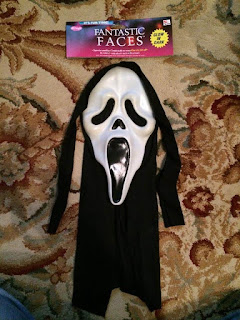 What tag did my un-tagged mask have?

An editorial on the history of the Randy Death Scene Mask and how tags really don't mean much to an un-tagged mask.

We have what I consider an annoying habit when it comes to collecting of trying to associate a tag to a particular mask we have that is un-tagged. And I am going to use the Randy Death Scene (RDS) and it's history to try and illustrate that.

The RDS came to be in 1996 once Fun World learned of a certain slasher flick that was in production using one of their masks that would end up being called 'Scream'. At the time Fun World already produced an assortment of 4 ghost masks which one of which was being used as the feature mask in the upcoming slasher flick. They that year realized there would soon be a massive uptick in the popularity of the mask that was used in the new film. 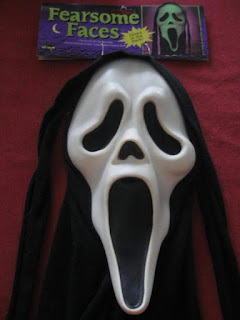 Fun World then commissioned their manufacturing partners in China to produce another sculpt of the mask to help meet what they felt would be an increased demand for the mask. In order to bring it to market as quickly as possible the sculpted master mold was not available to be used as reference to make this new sculpt/master. Instead the master for the RDS mask was sculpted using a production mask (Gen 1 or 2 FWD stamped mask) as a visual reference for the sculptor. This resulted in a rather unique sculpt that was different yet close enough to their mask to approve it's production just in time for the Halloween 1996 season.

As pictured the RDS was 1st issued on a Fantastic Faces tag, It was later issued on Fearsome Faces tags most likely for the 1997 season and on As Seen In Scream (ASIS) likely in 1998 and beyond.

But what does that tell us about what tag an un-tagged mask used to have? My opinion not much. The mask was issued on both Fantastic Faces and Fearsome Faces tags with cloth hoods. It may have been issued with Fearsome Faces tags with a poly hood as well (I've never confirmed a tagged copy). And it certainly was issued on a ASIS tag with a polly hood. 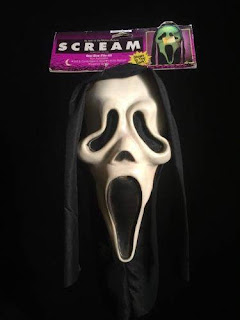 So is your un-tagged cloth hooded RDS mask a Fantastic or a Fearsome? Your polly hooded a Fearsome or ASIS? In these cases It could have been either, but could never be confirmed as one or the other. What you have is a RDS mask. Not a Fantastic RDS, Not a Fearsome RDS, Or a ASIS RDS. It's just a RDS. RDS masks weren't made from a different type of cloth then FWD masks with cloth hoods..

What we can tell to some degree is to what bucket of time a mask was made in, as to how and what materials where used to finish the mask. Hand cut eyes, Machine cut eyes, cloth hoods, polly hoods etc...

In closing what tag an un-tagged mask had really doesn't matter much. And I think we as a community should try to work toward a different way of looking at un-tagged masks. And now that you know the story behind the RDS mask you may understand why.