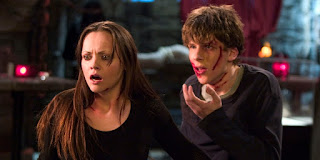 So the original cut of Cursed still exists. And according to one former Dimension Films exec, it needs to be released.


Cary Granat, who was COO of Dimension from 1995-2000, thinks the first cut of Cursed should be released. At this point, it’s a lost Wes Craven film begging for discovery.

“Yes, yes, yes, 100%,” Granat told us when we asked about the Craven cut of Cursed in a phone interview promoting his new movie, Welcome to Mercy.

Since Cursed came after Granat’s tenure at Dimension, he’s not sure where to find the original cut, only that it’s got to be somewhere.

“It still exists,” Granat said. “I just don’t know if it went with The Weinstein Company. I left in 2000 to start Walden so it was in development after that.”