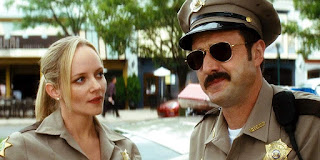 
“Yeah, absolutely. I would love to do that,” Arquette answered, when asked if he’d return for another movie. “I think [Craven would] still be a part of it in an incredible way. It would be like a tribute almost. Yeah, I think it would be really fun. I love everyone involved in it. Neve is such an anchor, and so incredible as an actress. I think there’s something there.”

He added, “Who knows.. I think it’d be fun. I think we lost some of the fans along the way, but I think there could be a resurgence at some point… where there’s more nostalgia for it.”