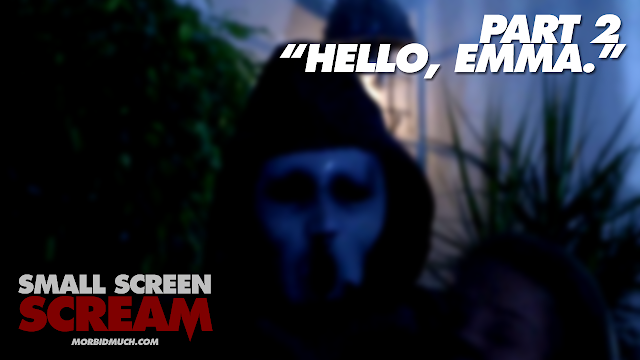 A new week and a new episode of MTV's SCREAM!  I was ever-so-slightly impressed with last week's pilot episode.  And I was eager to see where the show was going.  Le't see if the second episode, titled "Hello, Emma." can keep me amused...

The episode kicks off with Rachel, the girl Audrey was videotaped making out with.  She's sitting on her bed reading through the all the comments on the video.  Needless to say, this doesn't make her feel any better, so... 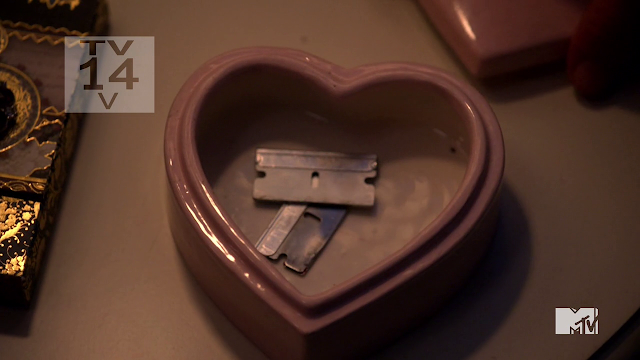 ...she runs for the razors.

At first, I wondered if she was a suicide risk, but she's just a cutter.

And then her phone rings. 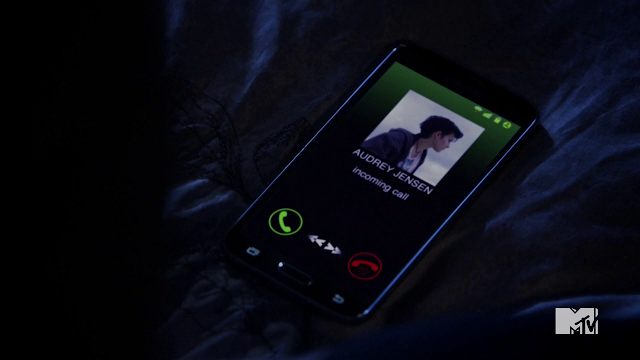 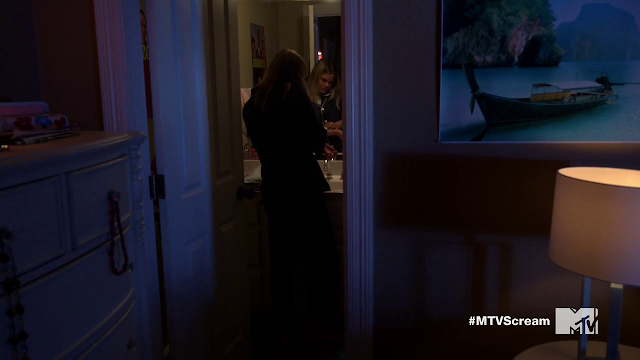 The connection is bad and the voice doesn't quite sound like Audrey, but again, Rachel writes it off as a bad connection.  The caller continues to tell her that she's there and wants to see her.  A little cat-and-mouse over the phone and Rachel ends up outside on the balcony.  She sees a rope hanging from the railing.  She pulls it up. 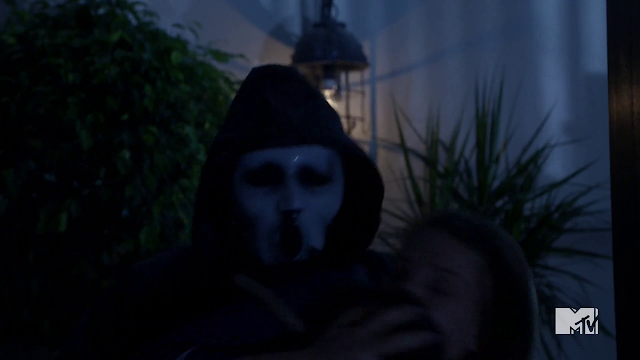 And just as she does, the killer attacks from behind -- throws the rope around her neck and hurls her over the edge.  Dead.

The next day at school, police and news crews are still all over the place.  It's been four says since Nina was brutally slain.  And town whispers of Brandon James coming back are starting to circulate. 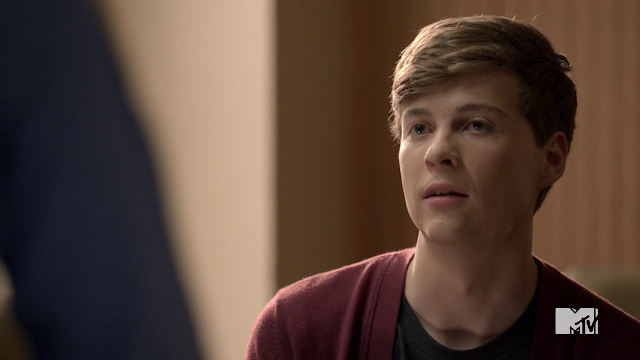 And Noah is being "questioned" about his fascination with Brandon James.  He even points out that James wasn't technically a serial killer, but a mass murderer.

By the way, Noah is probably my favorite character so far.

And back at school, Jake discovers that his truck has been vandalized. 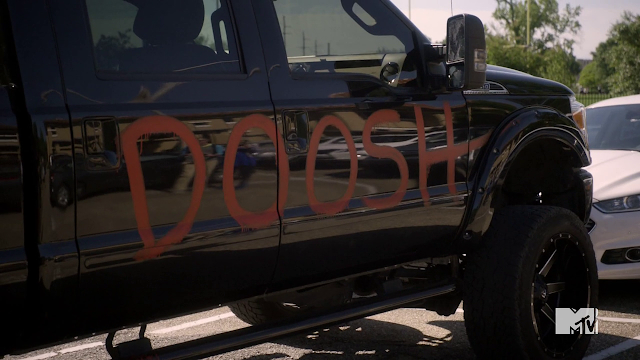 We soon find out that it was Noah who did it --  payback for leaving him naked in the middle of the lake last episode.  He intentionally misspelled douche. 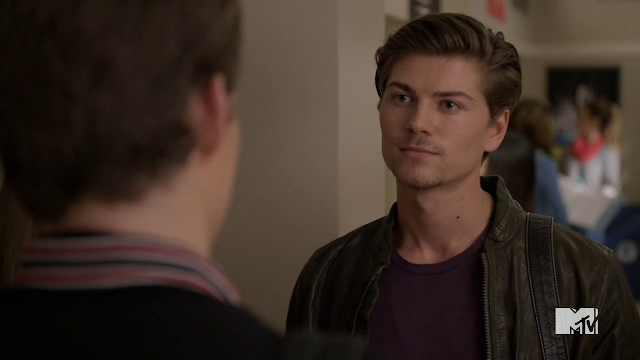 And now Kieran and Will are beginning to clash over their mutual affection towards Emma.

And speaking of Emma --  she's still desperately trying to mend her friendship with Audrey. 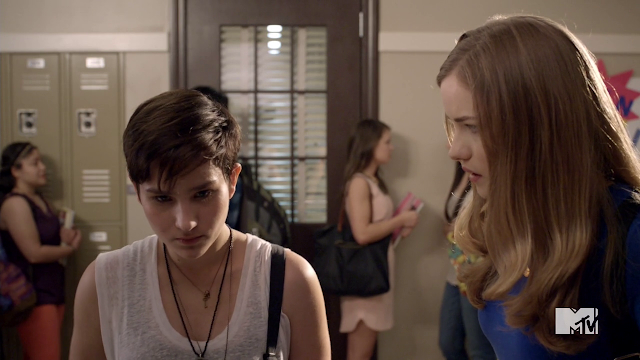 Suddenly, seemingly every phone in school starts to go off.  Audrey checks her phone... 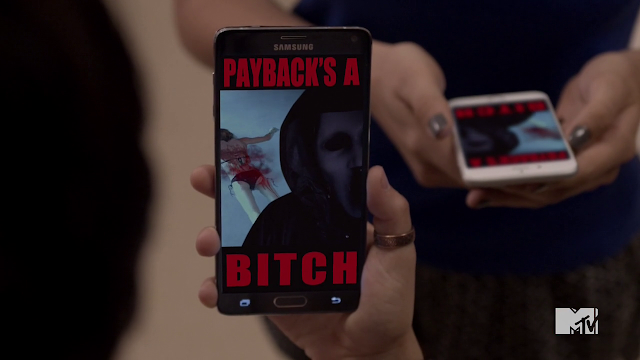 ...and sees that the killer has sent everyone a selfie of himself at Nina's crime scene.

Moments later, everyone learns of Rachel's death and Audrey is extremely distraught.  Also, the killer took the time to stage the crime scene. 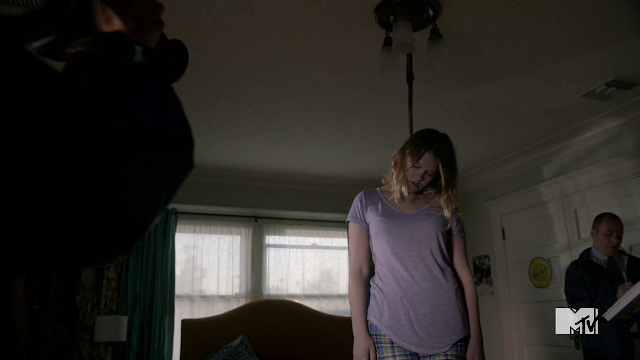 He moved her body back inside and hung it from her ceiling fan.

Noah comforts Audrey the best he can. 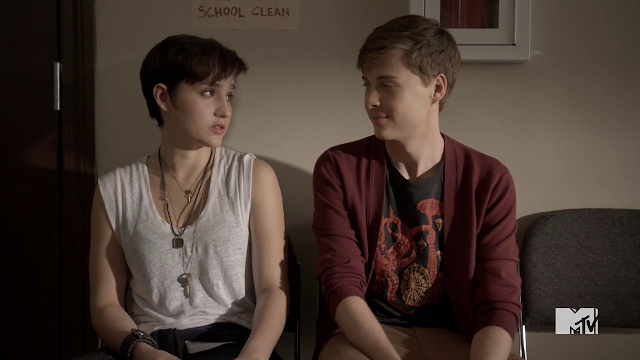 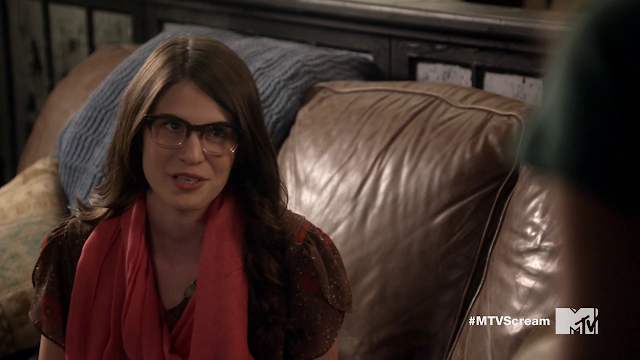 Second rate, but I'll take it.

Later, while taking out the trash at work, Emma encounters a scary-looking guy.  Probably not the killer, but still. 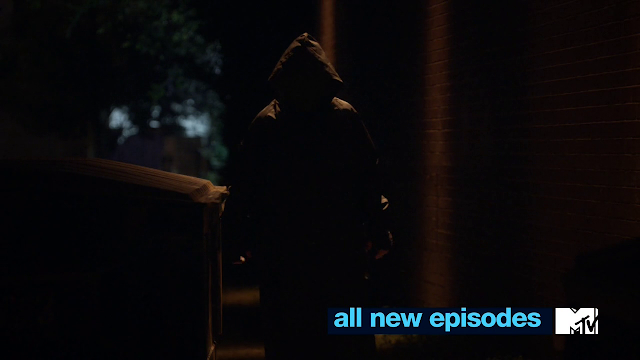 Miraculously, Emma's kind of ex-boyfriend Will shows up the scare the guy off.  Hmm. 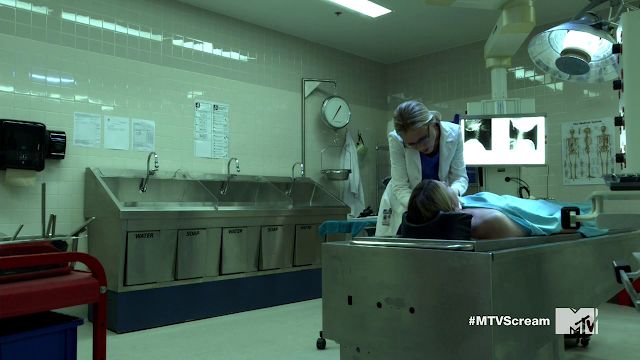 And Emma's mom, Maggie/Daisy, figures out that Rachel's death was not a suicide, but murder. 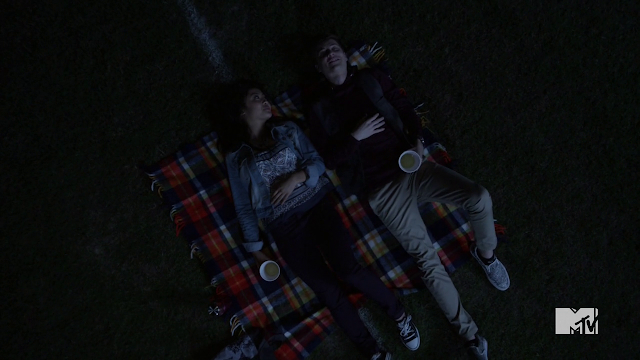 And Noah and Riley enjoy a nice evening of star-gazing...and talking about TERMINATOR. 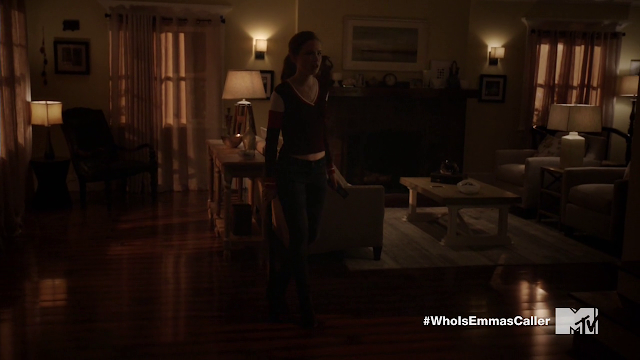 The episode ends with Emma being harassed by the killer via phone call.

Overall, the episode was pretty solid, although we really didn't get any deeper into the characters, except for Noah finally kissing Riley.  There were homages to the SCREAM movie series littered through this episode.  Did you spot them?