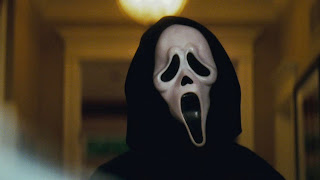 I guess this is good and bad news all wrapped in one.  Kevin Williamson recently spoke about his new TV drama STALKER, and in the midst of it all revealed more on his proposed SCREAM 5 and SCREAM 6.


“It’s weird, when I pitched Scream 4, I pitched Scream 4, 5 and 6,” Williamson explained to a few journalists, including Cinefilles, following a panel for his new TV show Stalker at the 2014 Television Critics Association Summer Press Tour on Thursday. “I pitched a whole new trilogy. I guess Scream 4 never took off in a way they hoped, and so…”

While Williamson went on to confirm what any Scream fan already knows–he’s “not involved” in the series development anymore, as Wes Craven and his team are “done with [him]“–he also noted that these original pitches could very well turn into something bigger in the future, if all goes well. “It’s all here [pointing to his head] and my computer … if they wanna buy it from me!” he said with a smirk.

It’s very possible the Craven crew might want to do just that if the Scream TV series currently in development at MTV turns into a hit. Williamson is not involved in that in any capacity, not even as a consultant, but tells Cinefilles that he might tune in, as a viewer.

“I’m curious. I’ll watch it. I’ll give it a go,” he said from the TCA stage at the Beverly Hills Hilton. “Teen Wolf turned out to be a fun romp–I enjoy the hell out of that–so maybe MTV’s on a roll and it will be a good, cool thriller.”

It's good to know that the ideas are still whirling around in his head.  Let's just hope we see these ideas play out on the big screen one day!