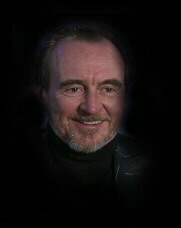 Not only does Wes Craven know how to make audiences scream, but he's apparently a pretty good matchmaker, too.

When Craven cast Courteney Cox and David Arquette for the first Scream in 1996, though, little did he know he would watch his two stars walk down the aisle together three years later.

While in New York promoting his upcoming Music of the Heart, Craven told me he felt kind of like the proud papa at the wedding.

Cox and Arquette met on the set of Scream and later made Scream 2 together. Craven directed both pictures.

Near the end of shooting Scream 2, Craven said, he had a heart-to-heart talk with Arquette and told him not to mess up a good thing.

"There was one specific party where I took a chance and took David for a walk and gave him a fatherly, this-is-a-golden-opportunity-don't-blow-it-speech," Craven recalled. "I think that made a difference. He mentioned it at the wedding."