Showing posts from November, 1999
Show all

Gayheart is a Monkey 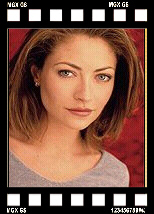 Fame has its ups and downs, and for Rebecca Gayheart one of the downs was having a magazine call her "Über Slinky Monkey." "It's not like any of the articles are ever accurate," Gayheart says of her press in the latest Freewheelin' magazine. The monkey headline, found in a publication she refuses to name, was a new low. "So there's this really ugly picture of me, and my friend Ivana is flipping through the magazine, and she says 'Rebecca, what is this?' and it's a picture of me all greased up in a bikini. It says [in newscaster's voice] 'Rebecca Gayheart: Über Slinky Monkey.' I'm like, Oh God, someone just called me an über slinky monkey, and what is an über slinky monkey anyway?"

Though Gayheart's star is on the rise thanks to her role in this fall's ABC drama Wasteland, the former Noxema girl has the occasional fantasy of trading in celebrity for maternity. She says that while holding a friend's baby …
Post a Comment
Read more

Wes Craven: It's great to be here!

KaufNYC: Anything you'd like to say to everyone joining us, before we begin?

Wes Craven: I am very glad to be here, and I'll answer any questions you have to ask. I'm especially glad about "Scream 3."

KaufNYC: The trailer is great. Has it been done for long?

Wes Craven: It's not done really, it's shot as of about a month ago and we just sent the first cut to New York today. We are still cutting and defining, but in 4 weeks we'll be doing the final mix.

Question: Wes, I admire all of your work. Youre a great screenplay writer. I have written a script myself, and I was wondering if you knew a number or e-mail or any way to contact New Line, so I can see if they want to buy my script. Thanks, Mike, Florida.

Wes Craven: This is one of those questions I get asked... in general, a producer won't accept a script unless it comes from an agent. Anot…
Post a Comment
Read more

Scream 3: What We Don't Know Will Kill Them

Ready for Scream 3? Producer Cathy Konrad is. In fact, Konrad is deep into production on the film, which begins stalking audiences December 10.

Back for the latest go-round are director Wes Craven and stars Neve Campbell, David Arquette and Courteney Cox, joined by series newcomers like Parker Posey, Patrick Dempsey, Matt Keeslar and Lance Henriksen. "I don't think any of us thought the whole trilogy would happen so quickly," Konrad says. "The general thought was, 'We'll make one. Oh it did well. We'll wait a couple of years, make number two.' It has been a bit of a rollercoaster ride in that way, but it has actually been fun."

The plot, based loosely on an idea by Scream creator Kevin Williamson and whipped into a script by Ehren (Arlington Road) Kruger, is once again top secret, but there's information gleaned from between the lines of Konrad's comments. "Sream 3, in terms of the subj…
Post a Comment
Read more 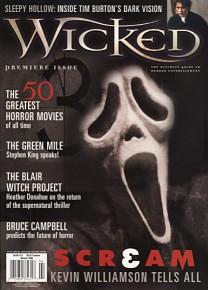 In the midst of season WitchDimension Films and its parent company Miramax are banking on a teen slasher film to put paranormal back in place finance one helluva holiday party. But its not just another flick--it presumably last installment trilogy that brought big budget horror from dead.

Scream 3, the final stage of the beleaguered Sidney Prescott(Neve Campbell), features yet another batch of screen-friendly faces - franchise veterans Campbell, David Arquette and Courtney Cox Arquette, as well as new additions Parker Posey (The House of Yes), Kate Hudson (200 Cigarettes), Scott Foley (Tv's Felicity) and Matt Keeslar (The Last Days of Disco). Naturally, viewers can expect that someone wearing an all too familiar-looking costume will be spending some serious time with a cellular phone. With any luck, audiences won't be screening their calls.